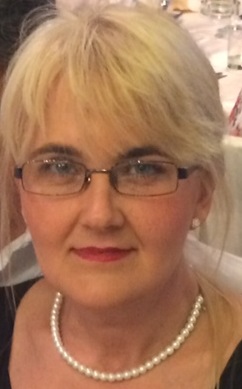 Part of our contest consists of interviews with the participant. They must anwer all the questions in the three sections in order to demonstrate the jury that they really are Empowered.Resourceful.Spectacular.

Trainart: What made you want to have a career in this field?

K.F.: I ended up working in HR 20 years ago, by accident. But now I wouldn’t change it for the world. Working with people is probably the hardest, but also the best work.

Trainart: Which one of you passions would you turn into a business?

K.F.: My biggest passion is to travel, to see new places, new people, new cultures, but I don’t think I’d turn it into a business. I wouldn’t like to do that.

Trainart: How do you measure you own success?

K.F.: According to the satisfaction of those around me and how the business is going.

Trainart: Who are you, outside your job?

Trainart: If you only had 24 hours to live, how would you spend the day?

K.F: I really don’t like to think about this. At all.

Trainart: If you had a message for the entire world, which one would it be?

K.F.: Behave better to one another.

Trainart: What would you like to do if you knew you couldn’t fail?

Trainart: Which was the most difficult decision you’ve had to take this year? Tell us about it.

K.F.: I don’t think there’s been such a situation the past year. All decisions are difficult, each one has its own degree of difficulty and complexity.

Trainart: Tell us about the most recent event that made you go out of your comfort zone.

K.F.: Giving a presentation in front of a lot of people; I don’t like speaking in public but I think that, in the end, it was ok because I only received positive feedback.

Trainart: If you were in the jury, what would be the reasons you’d choose yourself as the winner?

K.F.: For bravery, initiative, communication, the ability to work out problems.

Trainart: If you could invent a revolutionary product, what would it be?

Trainart: If you could pass a law everybody must obey, what would it be?

K.F.: Respect and consideration for others. Why? Because it’s been missing lately.

Trainart: If you had a superpower what would it be and what would you do with it?

Alice Tirsea – I’m fascinated by the diversity of people and the way in which a situation can be viewed from so many perspectives
Alice Tirsea is Managing Director for UCMS Group Romania, a multinational company which offers payroll, staff management and accounting. Alice is one of the women who are...
END_OF_DOCUMENT_TOKEN_TO_BE_REPLACED

Gina Calagiu – If we do not want life to just pass us by and to create it, we need to be constantly aware and consistent
Gina Calagiu is an entrepreneur and strategic consultant with over 20 years of experience, during which she not only built a solid portfolio of clients from various...
END_OF_DOCUMENT_TOKEN_TO_BE_REPLACED

CONTEST: Adela Ene – I step out of my comfort zone every day and I like that, I found out a lot of interesting things about me
A part of our contest consists of interviews with the registered people. Participants must go through 3 sets of questions (Career, ERS and Creative Innovation) to demonstrate...
END_OF_DOCUMENT_TOKEN_TO_BE_REPLACED
This site uses cookies for a better user experience. By continuing you agree with your use of cookies. Fond out more about cookies Close