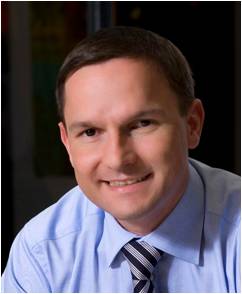 Péter Barta is the manager of the Foundation Post-Privatization since 2007, he has a wide experience in management, in business and many more. I had a fascinating conversation with him, after which he was able to show me a moderate man, with an inspiring honesty. A self-starter who has followed his passion from an early age and because we haven`t managed this time to accurately define success together, I can briefly describe him as being a happy man who generates positive changes in the world. As any other person who is out of the ordinary, who walks out of usual standards, Péter proves that value emerges from authenticity.

Trainart: How does an ordinary day look like for Péter Barta – a successful entrepreneur for over 15 years?

P.B.: I think it is a little bit fancy said successful entrepreneur, but that depends on how we define success. Since I was a child I liked to work, I like to think about myself as I did almost everything from blue-collar positions to management ones. A day of my life goes in normal limits, I wake up around 5.30 AM, I prepare for a run of 10 km, return for a shower, breakfast which invariably includes an espresso. At 8 AM I have my first meeting. These meetings usually proceed around 12.30, when I have lunch. Lunch break, usually, is a working or business lunch, when I am lucky is just a break lunch when I read. Between meetings I give calls or check the e-mail. After lunch break, I have other meetings until around 16 pm. After that, about 2 hours I do administrative chores, when it occurs, or check documents. I prefer this way because it is a quiet time of the day. I attend to evening events or meetings with several entrepreneurs, when I have  such outputs appointed. Once I get home, I start working again, meaning that I review the agenda for the next day, I write on the blog or do a research. Before going to bed, I read, I try to get in bed somewhere until 11.30 PM. So that is how it goes for a normal day of my life.

Trainart: What was the first step you did in the entrepreneurial world?

P.B.: The first step was the most difficult, perhaps even unconscious. At that time I didn`t perceive it as such, but looking back it was a form of entrepreneurship. I started out by 9th grade to take a course in insurance agent, starting with the idea of creating a form of insurance brokerage. Unfortunately, my investment had not materialized, and that not because it was a bad idea, but because there wasn`t yet a market for this, plus the lack of abilities to be a salesman. It was a good lesson, because I tried later other projects.

Trainart: How did the activity in social media help you as an entrepreneur?

P.B.: I remember I started to realize better the importance of social media after I graduated from Massachusetts Institute of Technology when my professor of Marketing entered in the class and began telling us that anyone who does not have a Facebook account, LinkedIn or Twiter doesn’t exist.

I wasn’t a big fan of these channels of communication, I consider them very impersonal, but I admit that it brought me advantages as well. Even if I don`t use them at their full potential, I can say that it brings me benefits of image. Recently I made an important step by launching a personal blog which is in an early phase, being in a testing period. I want to see what kind of articles the public reacts better at, I am thinking at the structure of posts I will have and so on.

Trainart: Tell us a story, shortly, about a situation when you felt empowered/resourceful/ spectacular.

P.B.: I must admit that it is a difficult question. A moment when I felt very motivated was when unveiling one ambulance that SMURD Targu Mures purchased, when two elderly passed by the vehicle and they expressed their satisfaction over this acquisition I had managed personally. Another revealing experience is also related to SMURD and namely the moment I put all by myself the first line to a patient and I understood then how fragile and how precious the life of a human is. A moment full of emotions for me was one of the editions of Leaders School when I succeeded in having the best feed-back session, in which I learned a lot from participants and equally I succeeded in motivating them, afterwards I received a feed-back which sounded like this “I received from Peter the best feed-back of my life”.

Trainart: Your job has taken you through many countries (Mexico, Palestine, Scandinavian countries, Russia, Macedonia, USA) which one of the experience was really memorable?

P.B.: All my experiences were memorable. I can’t say that one of these destinations was “more memorable” than another. Each area I visited came with its own challenges, whether I was in the Scandinavian countries and I was trying to understand their strategy about the integration of the immigrants from the Middle East, whether I was in Mexico, where I was trying to see how we can help the less-favored areas severely affected by the September 11 attacks, areas that exist because of tourism, whether I was in Palestine and I was trying to understand the conflict over there. All these experiences had enriched me, many times I said to myself that I am lucky, very lucky, not because I have had the chance to travel, but because I don`t live in an area of conflict, I can go out on the street peacefully, I can afford a bread and so on.

Trainart: What advice would you give to the young entrepreneurs who are at the beginning of their business journey?

P.B.: Do not give up no matter how hard it seems to be. Even if it does not come out at the first attempt, try again, and again, and again. Be curious and opened to new experiences.

Trainart: If you would have to define yourself in one word, what would that be?

The interview with Peter Barta has recreated the red thread of his career to show us that he is truly an E.R.S man and also proved that it is possible, that you can do everything you want and you can make a name in the field you activate in. I also make a note that another important ingredient represents the proverb “It is the early bird that catches the worm.”

Alice Tirsea – I’m fascinated by the diversity of people and the way in which a situation can be viewed from so many perspectives
Alice Tirsea is Managing Director for UCMS Group Romania, a multinational company which offers payroll, staff management and accounting. Alice is one of the women who are...
END_OF_DOCUMENT_TOKEN_TO_BE_REPLACED

Gina Calagiu – If we do not want life to just pass us by and to create it, we need to be constantly aware and consistent
Gina Calagiu is an entrepreneur and strategic consultant with over 20 years of experience, during which she not only built a solid portfolio of clients from various...
END_OF_DOCUMENT_TOKEN_TO_BE_REPLACED

CONTEST: Adela Ene – I step out of my comfort zone every day and I like that, I found out a lot of interesting things about me
A part of our contest consists of interviews with the registered people. Participants must go through 3 sets of questions (Career, ERS and Creative Innovation) to demonstrate...
END_OF_DOCUMENT_TOKEN_TO_BE_REPLACED
This site uses cookies for a better user experience. By continuing you agree with your use of cookies. Fond out more about cookies Close